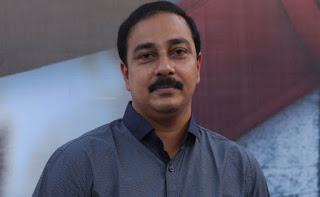 Ram Achanta with his brother Gopichand Achanta and Anil Sunkara launched the production company in 2009. All three are NRI businessmen and have experience in film distribution. Anil Sunkara owns another production company called AK Entertainments and produces Bindaas and the film Aha Naa Pellanta of 2011. In 2009, the three decided to enter the film production and approached their longtime friend and director Srinu Vaitla. In 2009, they began their first film Namo Venkatesa under the direction of Vaitla and with Venkatesh and Trisha Krishnan in leading roles. The film was released in 2010 and opened with mixed reviews to negative ones.

After Namo Venkatesa, they again teamed up with Sreen Vaitla to produce Dookudu with Mahesh Babu and Samantha in lead roles. The production of the film began in late 2010 and was released in September 2011. After its release, the film took the biggest opening for a Telugu film, and collected a total share of claims ₹₹ 50.07. The film was nominated in 10 categories for the Filmfare Awards South and won 6 awards including best film, best director and actor and Oscar.

After Dookudu, they once again teamed up with Mahesh Babu for 1 (Nenokkadine), directed by Sukumar. The film starred Kriti Sanon in front of Mahesh Babu and was due out in 2014. 1 nenokkadine cropped ₹ 60 crs (US $ 9.4 million) net and crore ₹ 5 (US $ 780,000) in the rest of the world 'India. Abroad 1 nenokkadine amplified with ₹ 13 crore (2.0 million US dollars) net being the second largest breaking overseas despite mixed reviews. 1 nenokkadine collected a crop of ₹ 75 (US $ 12 million) net in 80 days worldwide with a crop crude of ₹ 115 (US $ 18 million). 1 nenokkadine was created with a crore budget of ₹ 70 (US $ 11 million) with ₹ 5 additional crores in impressions and marketing. 1 nenokkadine Pre-launch turnover increased to ₹ 92.5 (US $ 14 million).

They began the distribution of films under the banner 14 Reels in 2010 with Maryada Ramanna of S. Rajamouli . They distributed the film in the Krishna district. They continued to distribute Thakita Thakita, 180, 7th Sense, Rachcha, Endukante ... Premanta! and more recently the Eega. They usually distribute films in the region of Krishna, Andhra Pradesh and abroad. 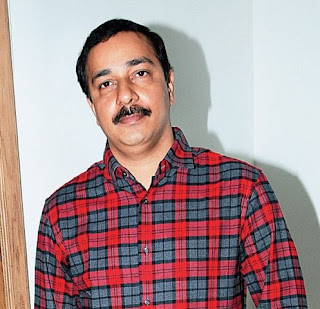