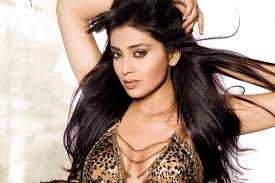 For strange reasons, always the news of the heroine get married will make the headlines in a short time. Despite the fact that the seductive Shriya Saran recently railed during Gayathri's promotions when a journalist asked her for her wedding, here is a rumor that has made headlines in Bollywood now. Currently, a new circulates that Shriya is ready to tie the knot in Rajasthan. in a destination wedding, to which only friends and family will be invited. It is said that she fell in love with this Russian businessman she met at a party. It was with him that Shriya toured the Maldives and other exotic places where she went underwater in a two-room apartment before sharing these videos with her fans.

Previously, Shriya was linked to a Telugu star, but it was a long time ago. Later, she was found out with different people, but still they were just rumors. And when we found her at a rendezvous with a West Indian cricket player, everyone had the impression that she was going out with him, but Shriya erased it. And now, the name of this unknown Russian boyfriend appeared in the list. We wonder if Shriya will clear up the rumors around her or say, "I do not want to talk about it" as usual.
Shares