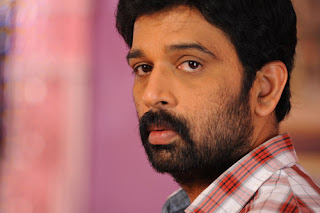 Nagulapati Srinivasa Chakravarthy, known under the professional name of J.D. Chakravarthy, is an Indian actor and filmmaker known for his work in the South Indian film industry and Bollywood.

Chakravarthy made his debut on screen with the film Telugu, Siva, an action blockbuster directed by Ram Gopal Varma, created at the 13th International Film Festival of India. He then made his debut in Bollywood with the remake of the same film called Shiva (1990). He then played in the Satya blockbuster, created in the Indian panorama section, at the 1998 India International Film Festival, and was ranked among the 100 greatest Indian films of CNN-IBN of all time, and Chakravarthy received the Screen Award Special Jury Award for his work in the film

He has also played in Hindi movies like Vaastu Shastra alongside Sushmita Sen, Bhoot Returns, alongside Manisha Koirala and Aag. He made his film debut with Darwaza Bandh Rakho, which was archived at the New York Institute of Technology, as part of the film course. He then headed Darna Zaroori Hai, Homam and Sidham.

Chakravarthy was born to the carnatic singer Dr Santha and Father Suryanarayana Rao Nagulapati in Hyderabad, India. He studied at St. George's Grammar School (Hyderabad) and completed B. E. from the Chaitanya Bharathi Institute of Technology. On August 18, 2016, he married the model became actress Anukriti Govind Sharma at a private wedding.

It began in 1989 with the first Telugu film by Ram Gopal Verma, Siva as JD, as a student leader, and appeared in a supporting role in the film Malayalam Ennodishtam Koodamo before devoting all his time to films under his mentor Ram The production of Gopal Verma. His first Hindi film in a leading role, released in theaters on July 3, 1998. Satya was critically acclaimed and was a commercial blockbuster.

He worked on a handful of Telugu films made by Asian filmmakers of the time such as Mani Ratnam, Krishna Vamsi, Krishna Reddy, K. Raghavendra Rao, Kodi Ramakrishna, E.V. Satyanarayana, Shiva Nageswara Rao, Gunasekhar and Vamsy.

In 2002, he played the role of Sri Lankan fighter Tamil Eelam Dhileepan in Tamil film Mani Ratnam, Kannathil Muthamittal. He returned to the Telugu film industry with Homam. He played a role in the recent Tamil film of director Vishnuvardhan, Sarvam, with Arya and Trisha. In 2016, he appeared in the Malayalam film Shikhamani, and made his film debut from Kannada with Raavani alongside Pooja Gandhi. 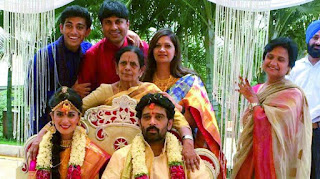