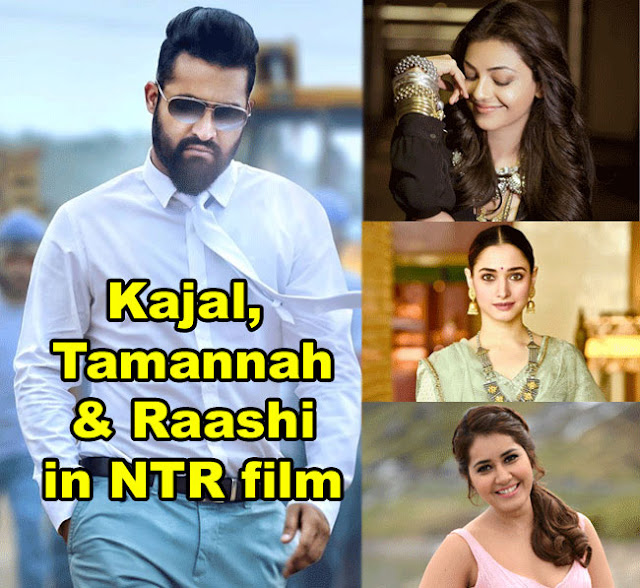 It was officially launched on 10 February and should be on the ground from next week.

Currently, decision makers are busy finalizing the rest of the players and teams.

As Tarak is going to make his screen presence in triple avatar, reports suggest that the filmmakers stringed there top actress to share the screen space with him.

If everything goes accordingly, aside from Kajal and Tamannah, refreshing actress Raashi Khanna will also be seen in this upcoming film.

It will be directed by Bobby, produced by Nandamuri Kalyanram under the banner of NTR Arts and music by Devi Sri Prasad.